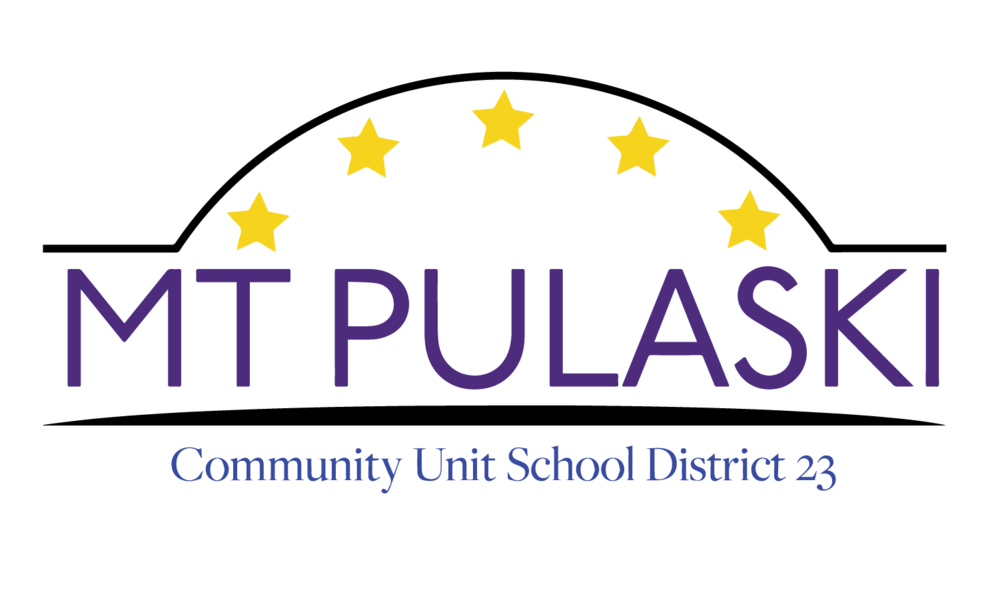 The Mt. Pulaski CUSD 23 Board of Education called their regular meeting on November 15, 2021 to order at 4:00 PM in the grade school learning center.  All members were present.

Following Roll Call, the Board entered Executive Session at 4:07PM to discuss litigation against the school district.  The Board reemerged from executive session at 4:57 PM.

The first item of business was the Consent Agenda, which included the approval for the payment of bills, the sales tax report, meeting minutes from October 18, 2021 & October 27, 2021 special board meeting.  Superintendent Lamkey informed the Board that sales tax revenues reported for September were $29,036.75.  The 12 month total exceeds $273,000 which already surpassed the previous 12 month high with still one month to record revenues.  Mr. Lamkey was informed that this increase is due to the inclusion of internet sales in Logan County.  The motion passed 7-0.

Under Reports, the Building and Grounds Committee informed the Board that we are on target with this year's Capital Projects List and considering moving forward with items on the FY23 Capital Projects List.  Mr. Martin and Mr. Cowan recommend that the district replace the blacktop parking lot at the high school and playground at the grade school.  Both locations are badly in need of repair and were reported on the FY21 Health Life Safety Survey.  The projects will be presented to the Finance Committee for consideration.

In addition, Mrs. Fricke presented the Building and Grounds Committee with a budget and plan for replacing the banners in the high school gym.  After painting the gym this summer, it became apparent that some of the banners were in poor condition and the different types of banners created a lack of continuity in the gym.  The Building and Grounds Committee recommended replacing all banners in the gym, to be presented in a uniform size and shape and to be displayed in chronological order.  Athletes who have garnered individual places in state athletic events will also have banners to recognize their accomplishments.  The committee hopes to have banners in place by January.

Next, Mrs. Mott presented to the Board on the Illinois Association of School Boards (IASB) list of resolutions that will be considered at the upcoming Delegate Assembly at the Joint Annual Conference later this week.  Mrs. Mott participated in a webinar discussing all 23 resolutions, followed by a meeting with Mr. Lamkey to make recommendations to the Board.  The resolutions guide the IASB lobbyist and the items they seek to get approved in the General Assembly. The Delegate Committee shared the resolutions with the entire Board and then recommended 16 of the 23 resolutions to be approved.  Mrs. Mott did reserve her decision on resolution #2, Student Safety and Protection Plan, which could allow specific staff personnel to conceal and carry a weapon.  The purpose of this resolution is to offer safety and protection to

rural districts that may be hindered by up to 45 minute police response times.  While this is not a concern for Mt. Pulaski, it is for many other rural districts.  The Board offered guidance to Mrs. Mott to support the resolution.  Two other items that were discussed included partially funding schools through cannabis sales and the consideration of compensating school board members.  The Board approved the resolution seeking approval for funding through cannabis sales, but denied the resolution to compensate board members.  Mrs. Mott will represent Mt. Pulaski CUSD 23 at the upcoming Delegate Convention at the Joint Conference.

Superintendent Lamkey highlighted the professional development activities being conducted at the grade school and high school from this past week.  Both buildings are working to improve instructional strategies as the grade school has a focus on technology integration, while the high school focuses on peer collaboration and the development of universal instructional strategies.  The grade school and high school building leadership teams designed the professional development through data gathered in the 5 Essentials survey taken last winter.  Mrs. Fricke offered additional details of the process.

In Unfinished Business, the Board gave the go ahead to order and replace the banners in the 1963 high school gym.  No action was necessary.

The first item of New Business was a presentation on the tax levy.  Superintendent Lamkey described the levy process and offered historical data on EAV and tax rates.  Currently, MPCUSD23’s tax rate is 5.2 which ranks the district as the 6th lowest out of 29 districts in our region.  MPCUSD23’s tax rate ranks as the 4th lowest out of 7 Logan County School districts.  The upcoming year's tax rate is dependent on a number of factors that will not be apparent until later this school year.  Mr. Lamkey believes there will be a decrease in the current tax rate of 5.2 as a result of increases in EAV and district needs.  The levy will be adopted at the December 19th meeting of the MPCUSD23 school board.  The Board approved the tentative tax levy 7-0.

Board members requested that the Hilltop Return to School Plan 3.0 be placed under new business to renew discussion on its implementation and consider revision.  President Cowan stated that it was requested to revisit the HRSP 3.0 to see if changes were necessary as perceptions and scenarios have changed since July.  It was decided that the most equitable manner to review the document would be through the Policy Committee.  Superintendent Lamkey was directed to convene the Policy Committee in early December to conduct the review.

In the Personnel Report, hired the following individuals:

All actions on the Personnel Report passed 7-0 except for Chris Brown which passed 6-0 with one present vote.

Under Items of Discussion

The Board adjourned the meeting at 6:17 PM.  The next regular meeting will be Monday, December 19th in the MPGS Learning Center at 6:00 PM.